Introduction to the Particle Editor

The Particle Editor is used for creating or modifying particle systems. Particle Systems are visual effects where images move and animate. They are used for effects such as explosions, sparks, and thrusters. 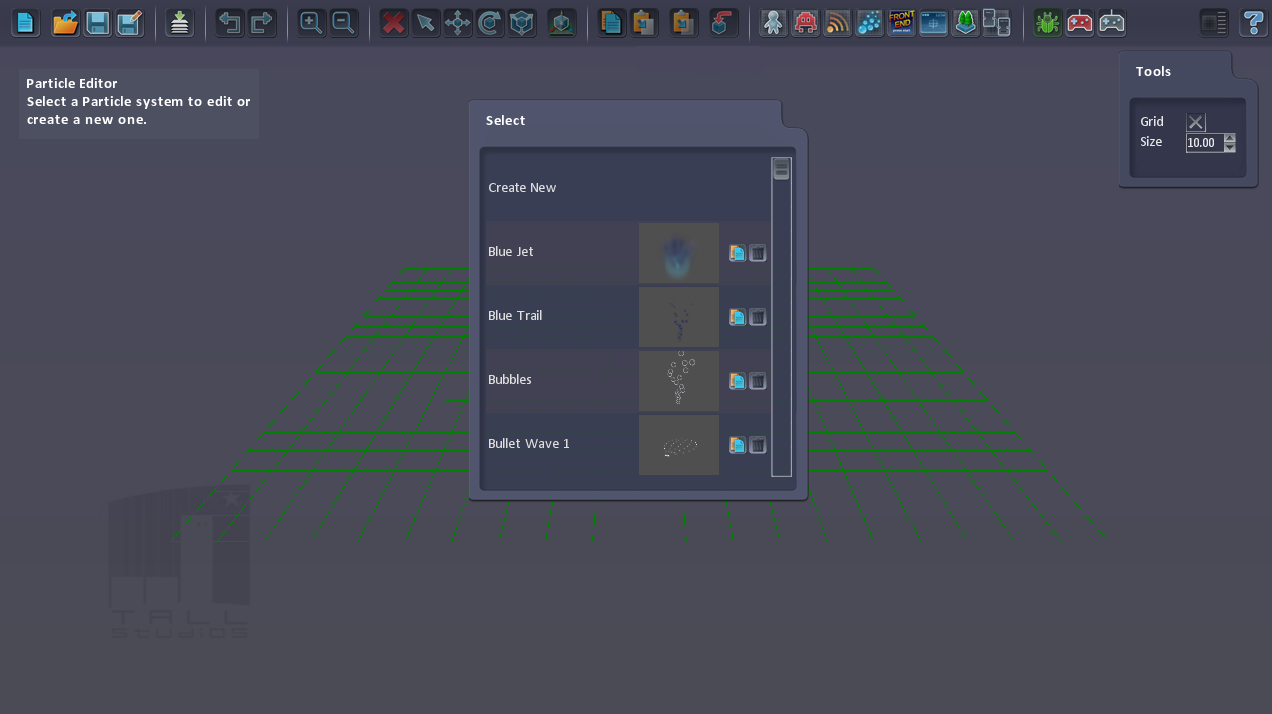 You can create a new particle system or modify an existing one. Once you have chosen a particle system you will see a Tools window, a Layer window and a Properties window.

The Tools window is useful for showing a grid and judging the size of the particle system.

The Layer window shows a list of layers. A particle system can have multiple layers, each with a different type of particles. For example, there could be a layer for fire, another layer for smoke, and another for embers.

The Properties window has multiple tabs. The most commonly used are the General tab, which contains the properties for how the particles are generated and how they move; and the Sprite tab, which specified which sprite will be used for the particles on the current layer.

Other tabs define how (and if) particles collide with objects in the level and the physical properties of the particle. 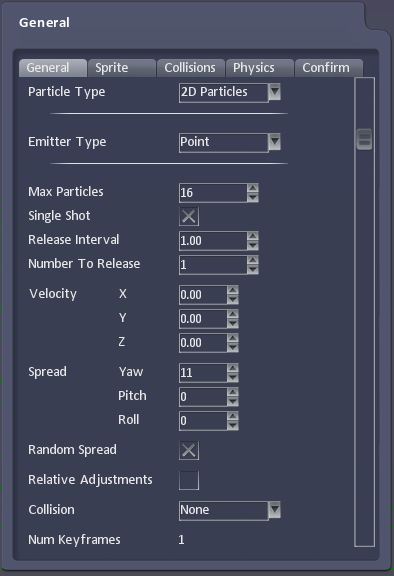 The Max Particles property can be used to limit the number of particles that will exist. If too many particles are created, then the older ones will be removed.

The Single Shot property selects whether the particle will only be player once, when it is triggered, or whether it will loop.

The Release Interval and Number to Release properties control how many particles are generated and how frequently.

The Velocity specifies how quickly the generated particles will move. And the Spread values control the range of directions. Particles can use a fixed spread, which is useful when you’re creating specific bullet patterns or want UI elements to animate in a predictable way. The Random Spread property controls whether the Spread angles are a random range (from -value to +value) or a fixed value.

Particles can collide with items in the level or just pass through them. Ignoring collisions is more efficient but reacting to them is more life-like.

The Particle system uses keyframes to describe how a particle will look and behave over the lifetime of the particle. For instance, you could set the colour to be red at Keyframe 1 (i.e. when the particle is first created) and then orange 2 seconds later at the next keyframe; and then black 1 second after that at the third keyframe. When the particle is played it will blend from red to orange (over 2 seconds) and then for the last second it will blend from orange to black. 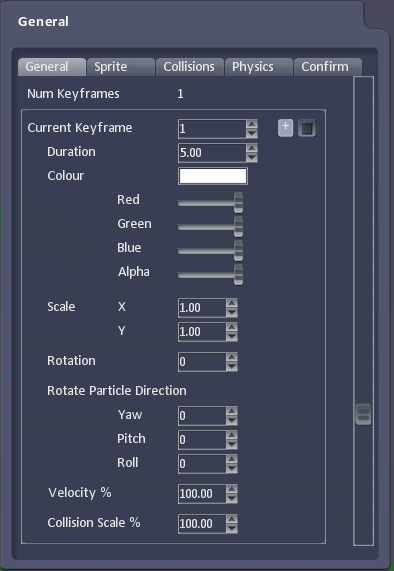 You can set how long each keyframe will last; and the colour, scale and rotation of the particle.

The Rotate Particle Direction property is useful for changing the direction of the particle over its lifetime. This can be useful for simulating the effect of wind or gravity over time. This property is also useful for creating bullet patterns or UI effects.