To add a Player to the scene click the Player icon 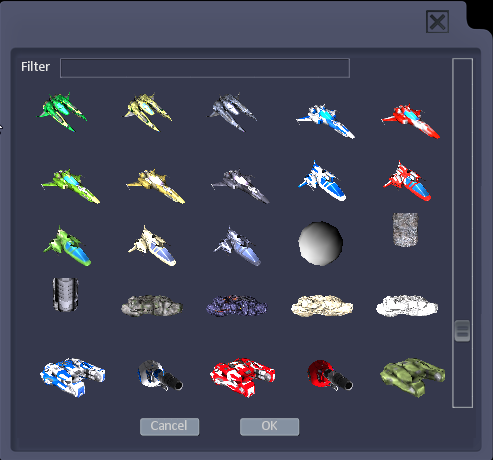 Select an entity, move it using the mouse and click to place it. To place multiple copies of an entity, hold down [CTRL] while placing.

Use the Gizmos on the toolbar to move, rotate and scale the Player.

General - sets general player properties such as movement and weapons

Weapons - sets up the player's weapons

To get a list of all the Players in the level, hold down CTRL when clicking the Player icon